Pro Covid-19 has been my best moments as a developer 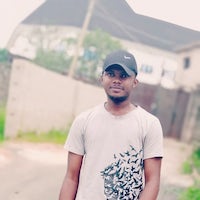 I've been a developer for three years before March of this year, but I never really got any cool project, nor had the opportunity to works alongside other devs. Coupled with school (as I'm in my finals in the university), there just wasn't enough time to build my confidence as a developer and connect with other devs and clients.

It got frustrating at some point. Things turned around immediately the lockdown began though. I became active in some dev community, and in a week, I got my first ever gig as one of the two backend engineers in an upcoming startup. My confidence grew immensely because, during the course of the project, I figured out that I'm actually really good at this sh*t haha. Plus the pay was wow.

It's the first of September today and I've worked with four different startups and two companies (both backend and frontend) and life is good. The most important thing is, I'm a better developer today than I was pre Covid-19.